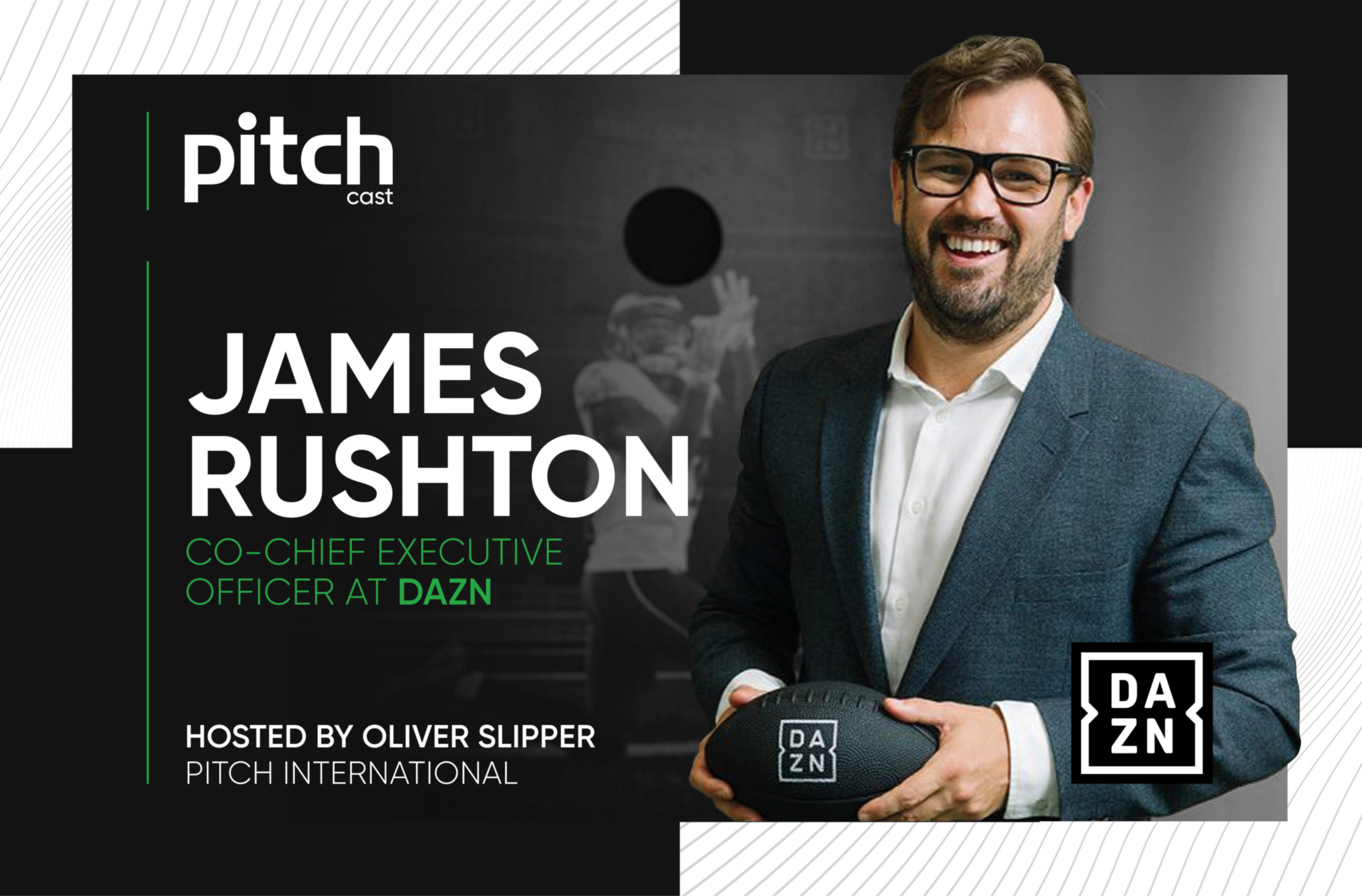 James Rushton joined Perform Group in 2003 as part of the management team and has held a number of senior roles such as, running the video advertising business, MD of Australia & New Zealand, and MD of APAC. In 2015, he returned to London to head up the launch of DAZN.

In the last six years, DAZN has established a fully localised service in Japan, Germany, Austria, Switzerland, Italy, USA, Canada, Spain and Brazil – competing for the leading rights and taking on the incumbent sports broadcast platforms. James talks to Pitch Chairman Oliver Slipper about DAZN’s journey to becoming a global business and the company’s huge ambitions for the future.